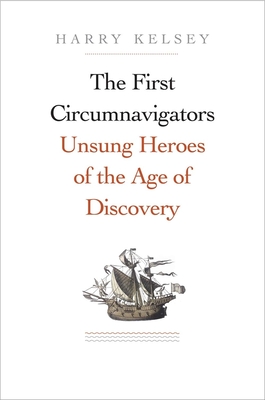 Unsung Heroes of the Age of Discovery

Prior histories of the first Spanish mariners to circumnavigate the globe in the sixteenth century have focused on Ferdinand Magellan and the other illustrious leaders of these daring expeditions. Harry Kelsey’s masterfully researched study is the first to concentrate on the hitherto anonymous sailors, slaves, adventurers, and soldiers who manned the ships. The author contends that these initial transglobal voyages occurred by chance, beginning with the launch of Magellan’s armada in 1519, when the crews dispatched by the king of Spain to claim the Spice Islands in the western Pacific were forced to seek a longer way home, resulting in bitter confrontations with rival Portuguese. Kelsey’s enthralling history, based on more than thirty years of research in European and American archives, offers fascinating stories of treachery, greed, murder, desertion, sickness, and starvation but also of courage, dogged persistence, leadership, and loyalty.

Harry Kelsey is a research scholar at the Huntington Library and the author of several acclaimed biographies of sixteenth-century explorers, including Sir Francis Drake: The Queen’s Pirate. He lives in Altadena, CA.

Praise For The First Circumnavigators: Unsung Heroes of the Age of Discovery…

“This book is a thorough and well-written narrative based upon the original journals of early seamen who circumnavigated the globe. Harry Kelsey has put life into the men who sailed on these voyages, detailing the hardships they suffered, the food they ate, the dangers they faced, the natives they met, and the fights they had. In sum, much that goes beyond popular accounts to explain the remarkable and daring accomplishments of sixteenth-century explorers who searched the world for riches—both real and imagined—are contained in these pages.”—Iris Engstrand, University of San Diego
— Iris Engstrand

“There are few historians who have mastered the source material pertaining to this period to the extent that Kelsey has. A wonderful read for anyone interested in the history of world exploration.”—John Johnson, Santa Barbara Museum of Natural History
— John Johnson

“The First Circumnavigators is an old-fashioned, spume-flecked work of history. Kelsey’s main concern is with the mariner’s themselves, and the timber hulks in which they rode the waves. He provides revealing evidence not only of the physical hardships of life at sea, but also of the psychological attrition”—David Gelber, Literary Review
— David Gelber