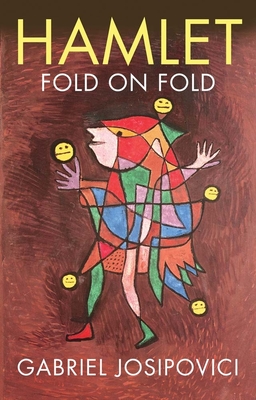 William Shakespeare's Hamlet is probably the best-known and most commented upon work of literature in Western culture. The paradox is that it is at once utterly familiar and strangely elusive—very like our own selves, argues Gabriel Josipovici in this stimulating and original study. Moreover, our desire to master this elusiveness, to “pluck the heart out of its mystery,” as Hamlet himself says, precisely mirrors what is going on in the play; and what Shakespeare's play demonstrates is that to conceive human character (and works of art) in this way is profoundly misguided.

Rather than rushing to conclusions or setting out a theory of what Hamlet is “about,” therefore, we should read and watch patiently and openly, allowing the play to unfold before us in its own time and trying to see each moment in the context of the whole. Josipovici’s valuable book is thus an exercise in analysis which puts the physical experience of watching and reading at the heart of the critical process—at once a practical introduction to a great and much-loved play and a sophisticated intervention in some of the key questions of theory and aesthetics of our time.


Praise For Hamlet: Fold on Fold…

“His first book on Shakespeare and it is typically original… Josipovici is such a great critic because he has a nose for the big questions and for what doesn’t work as an answer. Best of all, he reads carefully and asks the right questions.”—David Herman, Jewish Chronicle
— David Herman

“Full of resonant and evaluative comparisons… Josipovici’s historicism, like that of T.S Eliot whom he he quotes often, is broad-brush and confident… a careful character-based plot summary, the book does give moments of real insight.”—Bart Vanes, TLS
— Bart Vanes

Gabriel Josipovici is the author of sixteen published novels, eleven nonfiction titles, six short story collections, and several radio plays. He is currently research professor at the Graduate School of Humanities, University of Sussex, in the United Kingdom.
Loading...
or
Not Currently Available for Direct Purchase