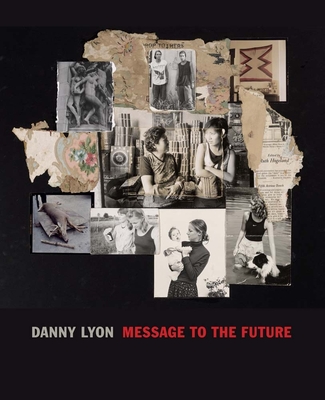 Message to the Future

Coming of age in the 1960s, the photographer Danny Lyon (b. 1942) distinguished himself with work that emphasized intimate social engagement. In 1962 Lyon traveled to the segregated South to photograph the civil rights movement. Subsequent projects on biker culture, the demolition and redevelopment of lower Manhattan, and the Texas prison system, and more recently on the Occupy movement and the vanishing culture in China’s booming Shanxi Province, share Lyon’s signature immersive approach and his commitment to social and political issues that concern those on the margins of society. Lyon’s photography is paralleled by his work as a filmmaker and a writer.

Danny Lyon: Message to the Future is the first in-depth examination of this leading figure in American photography and film, and the first publication to present his influential bodies of work in all media in their full context. Lead essayists Julian Cox and Elisabeth Sussman provide an account of Lyon’s five-decade career. Alexander Nemerov writes about Lyon’s work in Knoxville, Tennessee; Ed Halter assesses the artist’s films; Danica Willard Sachs evaluates his photomontages; and Julian Cox interviews Alan Rinzler about his role in publishing Lyon’s earliest works. With extensive back matter and illustrations, this publication will be the most comprehensive account of this influential artist’s work.

Praise For Danny Lyon: Message to the Future…

"Danny Lyon’s career would make a great bio-pic. The New York City photographer, who, at seventy-four, is the subject of the terrific survey 'Message to the Future,' has led an improbably adventurous life . . . [and] he has remained a maverick throughout his long career—an irritant to the system and an ally to the outcast."—Vince Aletti, New Yorker
"[This] retrospective, accompanied by an extensive catalogue . . . is the most comprehensive showing of Lyon’s career. . . . His photographs depict the outsiders from within their own worlds; his camera is lodged in the center, aiming straight for the heart."—Rebecca Bengal, Vogue.com
"A picture of a creative life informed by a probing intellect and a passionate eye."—Christopher Lyon, Bookforum
"A Message to the Future plays forward the deep humanism that has fed Lyon’s storied career for the last five decades. . . . If the once cool, now hoary moniker New Journalism evokes mythical personages like Joan Didion, Hunter S. Thompson, Tom Wolfe, Norman Mailer, and Truman Capote, prepare to add a novel name to the list . . . [Lyon] was and remains the artistic equal of the movement’s more boldface names."—Christian Viveros-Fauné, Artnet
"[A] beautiful, career-spanning catalogue. . . . Reading this magnificent book is the equivalent of a master class in photography."—Alan Bisbort, Sunday Republican