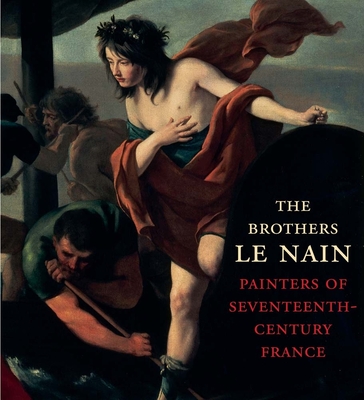 A beautiful volume that brings to light the forgotten Le Nain brothers, a trio of 17th-century French master painters who specialized in portraiture, religious subjects, and scenes of everyday peasant life

In France in the 17th century, the brothers Antoine (c. 1598–1648), Louis (c. 1600/1605–1648), and Mathieu (1607–1677) Le Nain painted images of everyday life for which they became posthumously famous. They are celebrated for their depictions of middle-class leisure activities, and particularly for their representations of peasant families, who gaze out at the viewer. The uncompromising naturalism of these compositions, along with their oddly suspended action, imparts a sense of dignity to their subjects.

Featuring more than sixty paintings highlighting the artists’ full range of production, including altarpieces, private devotional paintings, portraits, and the poignant images of peasants for which the brothers are best known, this generously illustrated volume presents new research concerning the authorship, dating, and meaning of the works by well-known scholars in the field. Also groundbreaking are the results of a technical study of the paintings, which constitutes a major contribution to the scholarship on the Le Nain brothers.

Praise For The Brothers Le Nain: Painters of Seventeenth-Century France…