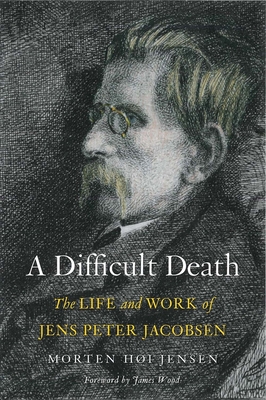 The Life and Work of Jens Peter Jacobsen

Beautifully written and incisive, this is the first English biography of a major Scandinavian author who is ripe for rediscovery

While largely unknown today, Danish writer and Darwin translator Jens Peter Jacobsen was the leading prose writer in Scandinavia in the late nineteenth century and part of a generation that included Henrik Ibsen, Knut Hamsun, and August Strindberg. His novels Marie Grubbe and Niels Lyhne as well as his stories and poems were widely admired by writers such as Rainer Maria Rilke, Thomas Mann, and James Joyce.

Despite his untimely death from tuberculosis at the age of thirty-eight, Jacobsen became a cult figure to an entire generation and continues to occupy an important place in Scandinavian cultural history. In this book, Morten Høi Jensen gives a moving account of Jacobsen’s life, work, and death: his passionate interest in the natural sciences, his complicated and nuanced attitude to his own atheism, and his painful descent toward an early death. Carefully researched and sympathetically imagined, this is an evocative portrait of one of the most influential and gifted writers of the nineteenth century.

Praise For A Difficult Death: The Life and Work of Jens Peter Jacobsen…

“Morten Hoi Jensen’s sensitive, wide-ranging study aims at providing readers today with. . . a chance to look beyond the early, painful, meaningless death that stole so much of Jacobsen’s energy and time to the achingly beautiful works he created.”—Julie K. Allen, TLS

“A perspicacious study of an undersung writer written by a promising new talent.”—Michael Barron, Culture Trip

“This first critical study of Jacobsen in English is an engaging synthesis of biography, literary history, and cultural study, appetizingly written, and leaving the reader hungrily reaching to the shelves for the Danish classics.”—Marianne Stecher, EuropeNow

“A wonderful tutorial, in the vein of Janet Malcolm’s book on Chekhov."—Garth Risk Hallberg, The Millions

Winner of the 2017 J. P. Jacobsen Award from the Limfjord Region’s Literary Society in Thisted

“Morten Høi Jensen…brilliantly restores Jens Peter Jacobsen to a place in modern world fiction that should never have been vacated. This is one of the most elegant and incisive critical biographies I’ve read.”—James Wood

"Before I read Morten Høi Jensen's A Difficult Death, Jens Peter Jacobsen was just a name I vaguely recalled from Rilke. But now he's become, among other things, an intellectual hero. This book beautifully conjures the person, skillfully creates the world, and thoroughly explains the work -- it's as exemplary as literary biographies get. I've long regarded Jensen as one of the best young critics writing today, and A Difficult Death proves it."—Tom Bissell, author of Apostle: Travels Among the Tombs of the Twelve.

“Offering a wonderful sense of intimacy with the life and works of Jens Peter Jacobsen, this book also wrestles with the difficult giants in the wings: Rilke, Strindberg, Ibsen and the brothers Brandes. A beguiling view of a rich literary landscape.”—Mikka Haugaard, translator of Marie Grubbe

“Jens Peter Jacobsen will be a marvelous discovery for many readers. Jensen introduces his life struggles and literary achievements with empathy, precision and an infectious awareness of why Jacobsen’s agon with faith and faithlessness remains timely.”—George Prochnik, author of The Impossible Exile: Stefan Zweig at the End of the World

Born in Copenhagen and educated in England and America, Morten Høi Jensen has contributed to numerous publications, including the Los Angeles Review of Books, Salon, and the New Republic.
Loading...
or
Not Currently Available for Direct Purchase