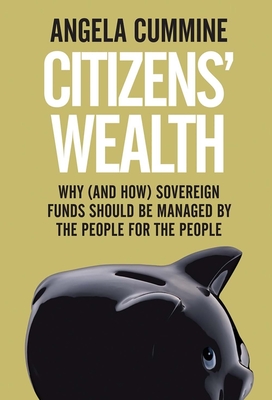 In 2006, Chile teemed with protesters after finance minister Andrés Velasco invested budget surpluses from the nation’s historic copper boom in two Sovereign Wealth Funds. A year later, when prices plummeted and unemployment soared, Chile’s government was able to stimulate recovery by drawing on the funds.
State-owned investment vehicles that hold public funds in a wide range of assets, Sovereign Wealth Funds enable governments to access an unprecedented degree of wealth. Consequently, more countries are seeking to establish them. Looking at Chile, China, Australia, Singapore, and numerous other examples, including a comparative analysis of Britain and Norway’s use of oil revenues, Angela Cummine tackles the key ethical questions surrounding their use, including: To whom does the wealth belong? How should the funds be managed, invested, and distributed? With sovereign funds—and media attention—continuing to grow, this is an invaluable look at a hotly debated economic issue.


Praise For Citizens' Wealth: Why (and How) Sovereign Funds Should be Managed by the People for the People…

Angela Cummine brings a fresh perspective on the purpose of sovereign wealth funds. She presents a compelling argument in favour of transforming these institutions into community funds. Whether you agree with her or not, these are important questions for all citizens of nations with sovereign or, as she terms it, citizens’ wealth. This is an essential book for anyone with an interest in this topic. — Hendrik du Toit, CEO, Investec Asset Management
— Hendrik du Toit, CEO, Investec Asset Management

“Exceedingly impressive work from a rising academic star… Sizing up SWFs from Singapore and New Zealand to Alaska, and returning repeatedly to the recent experience of Chile (and the Santiago Principles that grew out of it), this study is sharp, focused and persuasive.”—THES
— THES

“This is an indispensable source for any examination of [sovereign wealth funds].”—Choice
— Choice

Angela Cummine is a British Academy postdoctoral fellow in the department of politics and international relations, Oxford University. A political theorist with expertise in the governance of state-owned assets and economic inequality, she divides her time between Oxford, UK, and Harare, Zimbabwe.
Loading...
or
Not Currently Available for Direct Purchase