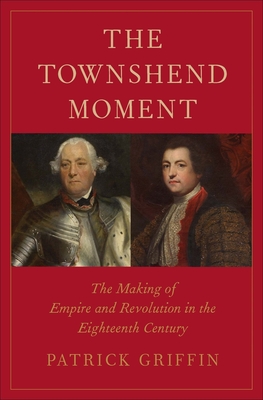 Patrick Griffin chronicles the attempts of brothers Charles and George Townshend to control the forces of history in the heady days after Britain’s mythic victory over France in the mid-eighteenth century, and the historic and unintended consequences of their efforts. As British chancellor of the exchequer in 1767, Charles Townshend instituted fiscal policy that served as a catalyst for American rebellion against the Crown, while his brother George’s actions at the same moment as lord lieutenant of Ireland politicized the kingdom, leading to Irish legislative independence. This fascinating study is the first to consider as a linked history the influence of two all-but-forgotten brothers, both of whom rose to national prominence in the same year. Griffin vividly reconstructs the many worlds the Townshends moved through and explores how their shared conception of an empire that could harness the wealth of America to the manpower of Ireland initiated an age of revolution.


Praise For The Townshend Moment: The Making of Empire and Revolution in the Eighteenth Century (The Lewis Walpole Series in Eighteenth-Century Culture and History)…

“Griffin’s attention to chance and circumstance results in a finely textured book that offers many surprises.”—Publishers Weekly
“Griffin has produced a thoughtful, deeply researched, elegantly written biographical study of the political influence of two brothers, George Townshend, first Marquess of Townshend, and his younger brother, Charles.”—Choice
"The beauty of The Townshend Moment then lies in its ability to disrupt categories of ordinary and extraordinary, of inevitable and contingent, and of center and periphery. The facade of inevitability that empire achieved through the efforts of men like Charles and George crumbled as provincials thousands of miles from the imperial center responded with their own created patterns of meaning. If narratives of inevitability can be constructed as well as deconstructed, then, as Griffin shows, power can be found in surprising places: in the hands of the many and marginal, not just the few and influential. The result of Griffin’s careful investigation into the Townshend brothers’ lives is a deeply revealing, poignant reflection on the contingencies of empire in an age of revolution."—American Historical Review
“For those seeking a well-rounded understanding of the Townshends and their times, Griffin’s book ought to be read alongside other recent works”— Mark G. Spencer, The Journal of American History
“Paradigm-shifting.”—Steve Pincus, author of The Heart of the Declaration
"Meticulously researched, beautifully written, compellingly argued and thoughtfully presented. An arresting meditation on empire, reform and revolution, and the interplay between chance, contingency and human agency."—Thomas Bartlett, University of Aberdeen
“Working ingeniously through the lives of the two Townshend brothers—one dealing with America, the other with Ireland—Griffin has greatly expanded our understanding of the complexities and confusions plaguing the eighteenth-century British Empire.”—Gordon S. Wood, author of The Radicalism of the American Revolution
“Patrick Griffin treats his subjects with empathy and helps us to understand the rationale for their policies which had such a major and disastrous impact. This is clearly a story which deserves telling.”—Andrew O’Shaughnessy, author of The Men Who Lost America
“Griffin’s book is a provocative and original contribution to the literature on the history of the British Empire in the late eighteenth century and therefore on the origins of the American Revolution. His biographical approach offers a fresh and compelling analytical perspective.”—Peter Onuf, University of Virginia

Patrick Griffin is the Madden-Hennebry Professor of History at the University of Notre Dame. His previous books include American Leviathan: Empire, Nation, and Revolutionary Frontier and America’s Revolution.
or support indie stores by buying on