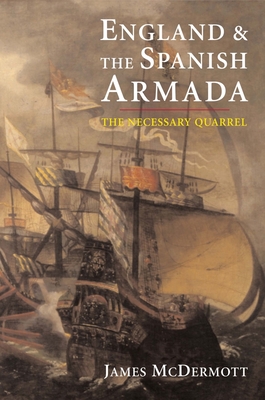 England and the Spanish Armada

The Anglo-Spanish War of 1585–1603 was, to most contemporary Englishmen, a conflict for the soul of the nation. To their descendants, the Armada campaign of 1588 represented a watershed in European history that both preserved English freedoms and halted the momentum of an ambitious and alien empire. Yet the victorious nation had contributed much to the conflict. This book examines the process by which the Spaniard, a long-term ally and friend, became in English eyes the epitome of human depravity, and how resistance to his imagined goals helped shape an emerging sense of nationhood.
The antipathies generated by this process ensured that the Armada campaign was a battle for different ideals of civilization. The protagonists expected the clash to be decisive, but what ensued was no heroic encounter. Instead it was an inconclusive affair, redeemed—for England—by atrocious weather and poor Spanish understanding of the coastlines of western Scotland and Ireland.

James McDermott is the author of Martin Frobisher: Elizabethan Privateer, published by Yale University Press.
Loading...
or support indie stores by buying on