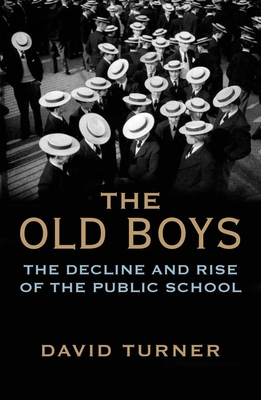 The Decline and Rise of the Public School

To many in the United Kingdom, the British public school remains the disliked and mistrusted embodiment of privilege and elitism. They have educated many of the country’s top bankers and politicians over the centuries right up to the present, including the present Prime Minister. David Turner’s vibrant history of Great Britain’s public schools, from the foundation of Winchester College in 1382 to the modern day, offers a fresh reappraisal of the controversial educational system. Turner argues that public schools are, in fact, good for the nation and are presently enjoying their true “Golden Age,” countering the long-held belief that these institutions achieved their greatest glory during Great Britain’s Victorian Era. Turner’s engrossing and enlightening work is rife with colorful stories of schoolboy revolts, eccentric heads, shocking corruption, and financial collapse. His thoughtful appreciation of these learning establishments follows the progression of public schools from their sometimes brutal and inglorious pasts through their present incarnations as vital contributors to the economic, scientific, and political future of the country.

David Turner is the former education correspondent for the Financial Times.
Loading...
or
Not Currently Available for Direct Purchase