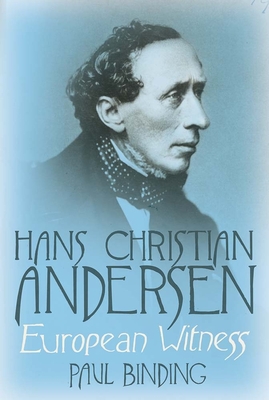 Rarely does an American or European child grow up without an introduction to Hans Christian Andersen’s "The Ugly Duckling," "The Princess and the Pea," or "Thumbelina." Andersen began publishing his fairy tales in 1835, and they brought him almost immediate acclaim among Danish and German readers, followed quickly by the French, Swedes, Swiss, Norwegians, British, and Americans. Ultimately he wrote more than 150 tales. And yet, Paul Binding contends in this incisive book, Andersen cannot be confined to the category of writings for children. His work stands at the very heart of mainstream European literature.

The author considers the entire scope of Andersen’s prose, from his juvenilia to his very last story. He shows that Andersen’s numerous novels, travelogues, autobiographies, and even his fairy tales (notably addressed not to children but to adults) earned a vast audience because they distilled the satisfactions, tensions, hopes, and fears of Europeans as their continent emerged from the Napoleonic Wars. The book sheds new light on Andersen as an intellectual, his rise to international stardom, and his connections with other eminent European writers. It also pays tribute to Andersen’s enlightened values—values that ensure the continuing appeal of his works.

Paul Binding is a leading British literary critic and novelist and a renowned expert in Scandinavian literature. Among his books are studies of Ibsen, Lorca, Robert Louis Stevenson, and Eudora Welty. He lives in Shropshire, UK.
Loading...
or
Not Currently Available for Direct Purchase