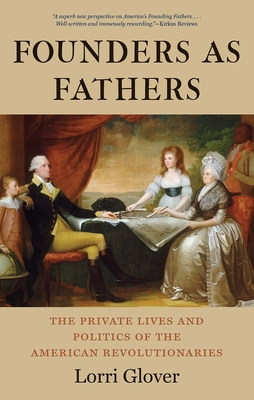 The Private Lives and Politics of the American Revolutionaries

As the bold fathers of the American Revolution left behind their private lives to become public nation-builders, what happened to their families?

Surprisingly, no previous book has ever explored how family life shaped the political careers of America’s great Founding Fathers—men like George Mason, Patrick Henry, George Washington, Thomas Jefferson, and James Madison. In this original and intimate portrait, historian Lorri Glover brings to life the vexing, joyful, arduous, and sometimes tragic experiences of the architects of the American Republic who, while building a nation, were also raising families.

The costs and consequences for the families of these Virginia leaders were great, Glover discovers: the Revolution remade family life no less than it reinvented political institutions. She describes the colonial households that nurtured future revolutionaries, follows the development of political and family values during the revolutionary years, and shines new light on the radically transformed world that was inherited by nineteenth-century descendants. Beautifully written and replete with fascinating detail, this groundbreaking book is the first to introduce us to the founders as fathers.

Lorri Glover is John Francis Bannon Endowed Chair, Department of History, Saint Louis University. She is author of four previous books on early American history, including The Shipwreck That Saved Jamestown. She lives in St. Louis, MO.
Loading...
or support indie stores by buying on