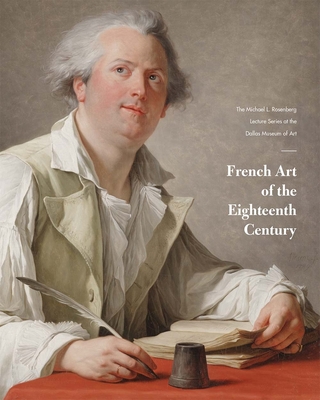 French Art of the Eighteenth Century

The Michael L. Rosenberg Lecture Series at the Dallas Museum of Art

This beautiful book brings together ten years of research on a superb collection of 18th-century French masterworks, which was formed by the late Michael L. Rosenberg and is now on deposit at the Dallas Museum of Art. This research, originally presented in lectures at the museum by an impressive roster of scholars and curators of European art, combines close studies of individual paintings by such artists as François Boucher, Jean-Baptiste Greuze, and Louis Léopold Boilly with rich accounts of the historical, cultural, and political climates of their time. The works, many of which have not yet been widely published, span elegant portraits, intimate genre paintings, erotic canvases depicting mythological themes, and bloody images of the hunt. Through careful reconstructions of the lives of these artworks—from their first audiences to their contexts of display—the essays in this book unfold the history of a century of French art.

Heather MacDonald is program officer at the Getty Foundation.
Loading...
or
Not Currently Available for Direct Purchase