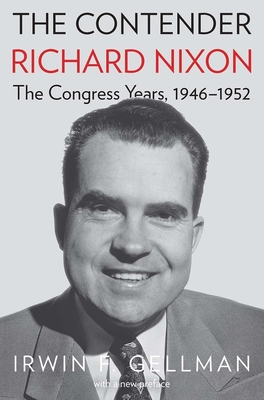 The definitive account of Richard Nixon's congressional career, back in print with a new preface

Unsurpassed in the fifteen years since its original publication, Irwin F. Gellman’s exhaustively researched work is the definitive account of Richard Nixon’s rise from political unknown to the verge of achieving the vice-presidency. To document Nixon’s congressional career, Gellman combed the files of Nixon’s 1946, 1948, and 1950 campaigns, papers from the executive sessions of the House Un-American Activities Committee (HUAC), and every document dated through 1952 at the Richard Nixon Library.

This singular volume corrects many earlier written accounts. For example, there was no secret funding of Nixon’s senate campaign in 1950, and Nixon won universal praise for his evenhandedness as a member of HUAC. The first book of a projected five-volume examination of this complex man’s entire career, this work stands as the definitive political portrait of Nixon as a fast-rising young political star.

Irwin F. Gellman is an independent scholar and the author of five books on American presidents. He lives in Parkesburg, PA.
Loading...
or
Not Currently Available for Direct Purchase