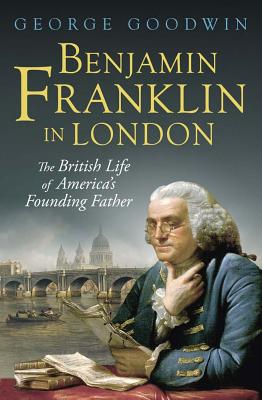 An absorbing and enlightening chronicle of the nearly two decades the American statesman, scientist, author, inventor, and Founding Father spent in the British imperial capital of colonial America

For more than one-fifth of his life, Benjamin Franklin lived in London. He dined with prime ministers, members of parliament, even kings, as well as with Britain’s most esteemed intellectuals—including David Hume, Joseph Priestley, and Erasmus Darwin—and with more notorious individuals, such as Francis Dashwood and James Boswell. Having spent eighteen formative months in England as a young man, Franklin returned in 1757 as a colonial representative during the Seven Years’ War, and left abruptly just prior to the outbreak of America’s War of Independence, barely escaping his impending arrest.

In this fascinating history, George Goodwin gives a colorful account of Franklin’s British years.  The author offers a rich and revealing portrait of one of the most remarkable figures in U.S. history, effectively disputing the commonly held perception of Franklin as an outsider in British politics. It is an enthralling study of an American patriot who was a fiercely loyal British citizen for most of his life—until forces he had sought and failed to control finally made him a reluctant revolutionary at the age of sixty-nine.


Praise For Benjamin Franklin in London: The British Life of America's Founding Father…

“An enthralling biography.”—BBC Radio 4 Book of the Week
— BBC Radio 4

George Goodwin is currently author in residence at the Benjamin Franklin House in London and is a 2017 international fellow at the Robert H. Smith International Center for Jefferson Studies, Monticello. He lives close to London’s Kew Gardens.
Loading...
or
Not Currently Available for Direct Purchase