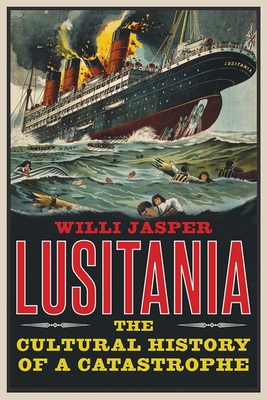 The Cultural History of a Catastrophe

A fascinating reassessment of a turning point in the First World War, revealing its role in shaping the German psyche

On May 7, 1915, the Lusitania, a large British luxury liner, was sunk by a German submarine off the Irish coast. Nearly 1,200 people, including 128 American citizens, lost their lives. The sinking of a civilian passenger vessel without warning was a scandal of international scale and helped precipitate the United States’ decision to enter the conflict. It also led to the immediate vilification of Germany. Though the ship’s sinking has preoccupied historians and the general public for over a century, until now the German side of the story has been largely untold. Drawing on varied German sources, historian Willi Jasper provides a comprehensive reappraisal of the sinking and its aftermath that focuses on the German reaction and psyche. The attack on the Lusitania, he argues, was not simply an escalation of violence but signaled a new ideological, moral, and religious dimension in the struggle between German Kultur and Western civilization.

Willi Jasper is emeritus professor of modern German literature, cultural history, and Jewish studies at the University of Potsdam. He lives in Berlin, Germany. Stewart Spencer is an acclaimed translator whose work includes Heinrich August Winkler’s The Age of Catastrophe. He lives in London.

Praise For Lusitania: The Cultural History of a Catastrophe…

“If you think that all that could possibly be written about the tragedy has been put on the page, Willi Jasper’s book might change your mind… Through the prism of this infamous maritime disaster, Jasper detects the upsurge of the nationalism, antisemitism and expansionism that prepared the way for Hitler.”—Ben Wilson, The Times
— Ben Wilson

“[An] unusually thought-provoking book . . . you will never think about the loss of the Lusitania quite the same way again . . . this is one of those rare works that immensely broadens our perspective and really alters the way we evaluate a historical event.”—Martin Rubin, Washington Times
— Martin Rubin