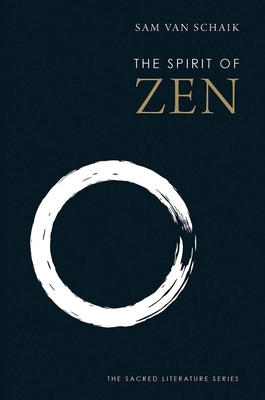 An engaging introduction to Zen Buddhism, featuring a new English translation of one of the earliest Zen texts

Leading Buddhist scholar Sam van Schaik explores the history and essence of Zen, based on a new translation of one of the earliest surviving collections of teachings by Zen masters. These teachings, titled The Masters and Students of the Lanka, were discovered in a sealed cave on the old Silk Road, in modern Gansu, China, in the early twentieth century. All more than a thousand years old, the manuscripts have sometimes been called the Buddhist Dead Sea Scrolls, and their translation has opened a new window onto the history of Buddhism.

Both accessible and illuminating, this book explores the continuities between the ways in which Zen was practiced in ancient times, and how it is practiced today in East Asian countries such as Japan, China, Korea, and Vietnam, as well as in the emerging Western Zen tradition.

Sam van Schaik is a specialist in the history of Buddhism in Tibet and on the Silk Road at the British Library in London where he is research manager of the International Dunhuang Project.
or support indie stores by buying on