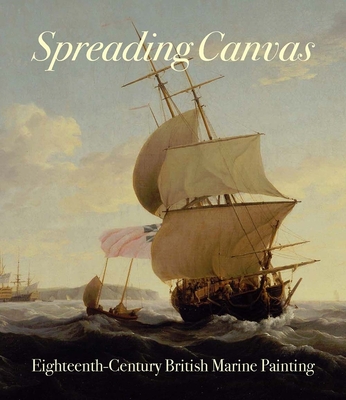 Spreading Canvas takes a close look at the tradition of marine painting that flourished in 18th-century Britain. Drawing primarily on the extensive collections of the Yale Center for British Art and the National Maritime Museum in Greenwich, London, this publication shows how the genre corresponded with Britain’s growing imperial power and celebrated its increasing military presence on the seas, representing the subject matter in a way that was both documentary and sublime. Works by leading purveyors of the style, including Peter Monamy, Samuel Scott, Dominic Serres, and Nicholas Pocock, are featured alongside sketches, letters, and other ephemera that help frame the political and geographic significance of these inspiring views, while also establishing the painters’ relationships to concurrent metropolitan art cultures. This survey, featuring a wealth of beautifully reproduced images, demonstrates marine painting’s overarching relevance to British culture of the era.

Eleanor Hughes is the deputy director of art & program at The Walters Art Museum, Baltimore.

“A layered analysis of a complex subject . . . the culmination of many years’ work.”—Laura Beach, Antiques and the Arts Weekly
— Laura Beach
or
Not Currently Available for Direct Purchase
Copyright © 2020 American Booksellers Association