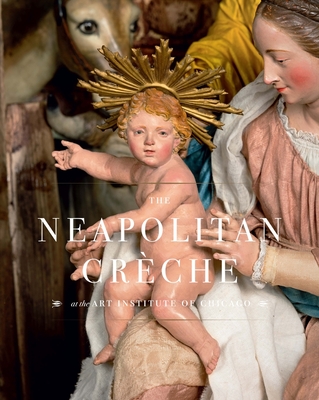 The Neapolitan Crèche at the Art Institute of Chicago

The 18th-century Neapolitan crèche at the Art Institute of Chicago, which contains over 200 figures arranged in a panorama of street life, represents the pinnacle of a rich artistic heritage. This luxurious catalogue is the first to study the crèche in the context of art and music history. Essays explore the Neapolitan crèche tradition and examine the design of Chicago’s example with reference to other important crèches in Europe and the United States. Entries on individual figures identify the characters and types they represent, as well as their social and historical meaning and religious significance. Other entries address groups of figures, animals, and cultural themes present in the crèche. Together the essays and entries highlight the astonishing realism and potent symbolism of these figures, which range from heavenly angels and the Holy Family around the manger to street vendors and revelers feasting, drinking, and dancing in a tavern.

Sylvain Bellenger is director of the Museo de Capodimonte, Naples; Carmine Romano is a PhD student at Paris-Sorbonne University; and Jesse Rosenberg is clinical associate professor, musicology, at the Northwestern University Bienen School of Music.