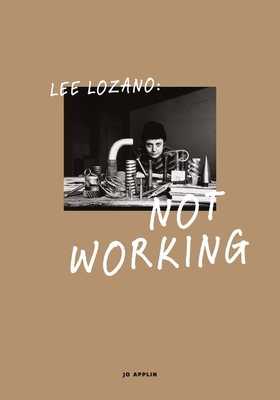 This is the first in‑depth study of the idiosyncratic ten‑year career of Lee Lozano (1930–1999), assuring this important artist a key place in histories of post‑war art. The book charts the entirety of Lozano’s production in 1960s New York, from her raucous drawings and paintings depicting broken tools, genitalia, and other body parts to the final exhibition of her spectacular series of abstract “Wave Paintings” at the Whitney Museum of American Art in 1970.

Highly regarded at the time, Lozano is now perhaps best known for Dropout Piece (1970), a conceptual artwork and dramatic gesture with which she quit the art world. Shortly afterwards she announced she would have no further contact with other women. Her “dropout” and “boycott of women” lasted until her death, by which time she was all but forgotten. This book tackles head‑on the challenges that Lozano poses to art history—and especially to feminist art history—attending to her failures as well as her successes, and arguing that through dead ends and impasses she struggled to forge an alternative mode of living. Lee Lozano: Not Working looks for the means to think about complex figures like Lozano whose radical, politically ambiguous gestures test our assumptions about feminism and the “right way” to live and work.

Jo Applin teaches modern and contemporary art at the Courtauld Institute of Art, London, and is the author of Eccentric Objects: Rethinking Sculpture in 1960s America (Yale).


Praise For Lee Lozano: Not Working…