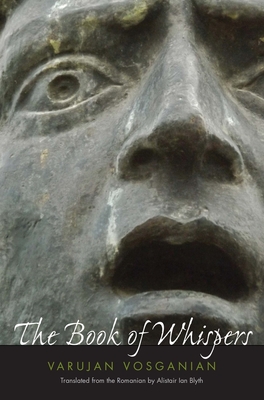 The Book of Whispers (The Margellos World Republic of Letters) (Hardcover)

The grandchild of Armenians who escaped widespread massacres during the Ottoman Empire a century ago, Varujan Vosganian grew up in Romania hearing firsthand accounts of those who had witnessed horrific killings, burned villages, and massive deportations. In this moving chronicle of the Armenian people’s almost unimaginable tragedy, the author transforms true events into a work of fiction firmly grounded in survivor testimonies and historical documentation.

Across Syrian desert refugee camps, Russian tundra, and Romanian villages, the book chronicles individual lives destroyed by ideological and authoritarian oppression. But this novel tells an even wider human story. Evocative of all the great sufferings that afflicted the twentieth century—world wars, concentration camps, common graves, statelessness, and others—this book belongs to all peoples whose voices have been lost. Hailed for its documentary value and sensitive authenticity, Vosganian’s work has become an international phenomenon.

Varujan Vosganian is a Romanian author and Prime-Vice President of the Union of Writers in Romania. He has been a member of Parliament since 1990 and was Minister of Economy and Finance. The Book of Whispers has been translated into more than twenty languages; it is his first translation into English. Alistair Ian Blyth is a British translator of Romanian, French, and Latin.

“The Book of Whispers is a collage, complex and of ever ampler proportions, the greatest merit of which lies not so much in the storytelling (although it does a splendid job at that) as in the pointing to the human abyss that lies beyond what the story tells.”—Costica Bradatan, Literary Review
“Poignant . . . the book reads as a novel . . . Vosganian’s ethereal prose is at its best when describing wartime atrocities. It becomes a detached voice—a hypnotic voice—when grisly details are not spared.”—Virginia Parobek, World Literature Today
Honorable Mention for the 2017 Lois Roth Award for a Translation of a Literary Work, sponsored by the Modern Language Association
"An excellent novel of the Armenian tragedy, written in the Oriental tradition of story telling, in a mythical historical landscape and the modern turbulence."—Norman Manea, author of The Hooligan's Return
"We suffer from collective amnesia, we don't learn from our past horrors. Fiction, perhaps, exists to guide us there where we have allowed our memory to fail. Through family recollections, public accounts and factual reports, Varujan Vosganian has built an extraordinary novel that is also a memory machine. After reading The Book of Whispers we can no longer deny this shameful chapter of our common past."—Alberto Manguel, author of The Library at Night