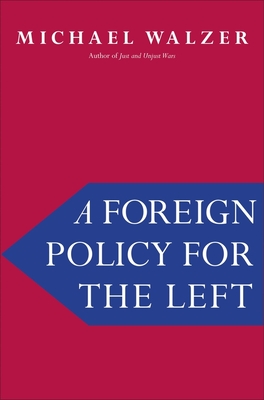 Something that has been needed for decades: a leftist foreign policy with a clear moral basis

Foreign policy, for leftists, used to be relatively simple. They were for the breakdown of capitalism and its replacement with a centrally planned economy. They were for the workers against the moneyed interests and for colonized peoples against imperial (Western) powers. But these easy substitutes for thought are becoming increasingly difficult. Neo-liberal capitalism is triumphant, and the workers’ movement is in radical decline. National liberation movements have produced new oppressions. A reflexive anti-imperialist politics can turn leftists into apologists for morally abhorrent groups. In Michael Walzer’s view, the left can no longer (in fact, could never) take automatic positions but must proceed from clearly articulated moral principles. In this book, adapted from essays published in Dissent, Walzer asks how leftists should think about the international scene—about humanitarian intervention and world government, about global inequality and religious extremism—in light of a coherent set of underlying political values.

“Walzer’s . . . message is one of hope and potential. He reminds us that we can and must engage with our fellow citizens and global comrades, because we share their fate.”—Regina Munch, The Progressive

“Displays many of the virtues that have long distinguished Walzer as a leading thinker about war—most notably his ability to frame clear ethical judgments that avoid the postures of both the saint and the cynic.”—Lawrence Douglas, Harper’s

"Walzer has chosen a just fight for his polemic, and he fights justly—and to me his moral reasoning is clear and largely persuasive."—Tod Lindberg, Commentary

“Walzer is among America’s most thoughtful and influential left-wing public intellectuals.”—Michael C. Desch, Review of Politics

“At a time when too many well-motivated leftists are trapped in what Michael Walzer characterizes as a complacent 'default position,' his case for leftist foreign-policy activism, buttressed by serious inquiry into a practical program of action, represents a significant accomplishment.”—David Goldfischer, Korbel School of International Studies, University of Denver

"Michael Walzer addresses an urgent issue that has not received the attention it deserves—the complex attitudes of American left-wing intellectuals toward American foreign policy in particular and American engagement with international affairs in general.  He is unafraid to criticize the American left for parochialism, insularity, and even isolationism. This lucid, passionate book is bound to stimulate vigorous debate."—Michael Ignatieff, President of Central European University, Budapest

"Michael Walzer may be America's most challenging philosopher of liberalism today. We are indeed fortunate that his essays are written with so much passion, eloquence, and precision that his readers may rest assured to find themselves in edifying, and often inspiring, company."—Eric Alterman, columnist, The Nation

"Michael Walzer’s search for a sensible left-wing approach to international wrongs is one of the compelling ventures in our political-philosophical life, and it is beautifully on display in these cogent and challenging essays."—Todd Gitlin, author of The Sixties: Years of Hope, Days of Rage

"For those of us who grew up on Just and Unjust Wars, Michael Walzer is a beacon of honest, engaged debate. His call for a leftist foreign policy based on decency and humanity is a vitally important corrective to so many of his comrades who have lost their bearings in and on global politics."—Anne-Marie Slaughter, President and CEO, New America

Michael Walzer, one of America’s foremost political thinkers, served as editor of the political journal Dissent for more than three decades. He has written about a wide variety of topics in political theory and moral philosophy.
Loading...
or support indie stores by buying on