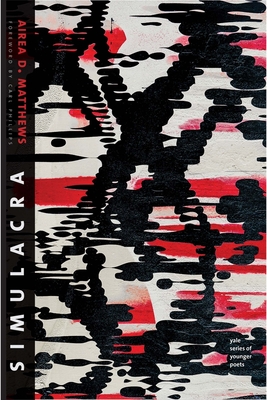 Winner of the 2016 Yale Series of Younger Poets prize

A fresh and rebellious poetic voice, Airea D. Matthews debuts in the acclaimed series that showcases the work of exciting and innovative young American poets. Matthews’s superb collection explores the topic of want and desire with power, insight, and intense emotion. Her poems cross historical boundaries and speak emphatically from a racialized America, where the trajectories of joy and exploitation, striving and thwarting, violence and celebration are constrained by differentials of privilege and contemporary modes of communication. In his foreword, series judge Carl Phillips calls this book “rollicking, destabilizing, at once intellectually sly and piercing and finally poignant.” This is poetry that breaks new literary ground, inspiring readers to think differently about what poems can and should do in a new media society where imaginations are laid bare and there is no thought too provocative to send out into the world.

"There’s manic, witty energy throughout and delight in the play of form and language."—Library Journal

“Simulacra takes a provocative stance against modern privilege, power, and desire; exploring the ways we communicate (and don’t) with one another in an age of hyper-media. This is a must-read for anyone trying to survive the Twitter presidency.”—Bustle

"Matthews has earned a place in the accomplished company of Adrienne Rich and Muriel Rukeyser."—Booklist

Carl Phillips is the award-winning author of twelve books of poetry. His most recent work is the poetry collection Reconnaissance. This is his sixth year as judge of the Yale Series of Younger Poets.