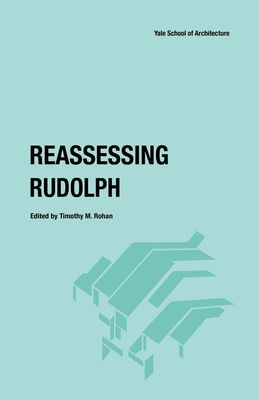 American architect Paul Rudolph (1918–1997) was internationally known in the 1950s and early 1960s for his powerful, large-scale concrete buildings. Hugely influential during his lifetime, Rudolph was one of the most significant American architects of his generation. To a remarkable extent, his reputation rose and fell with the fortunes of postwar modernism in America. This insightful book reconsiders Rudolph’s architecture and the discipline’s assessment of his projects. It includes nearly a dozen essays by well-known scholars in the fields of architectural and urban history, all of which shed new light on Rudolph’s theories and practices. Contributions explore the architect’s innovative use of materials, including plywood, Plexiglas, and exposed concrete; the places he lived and worked, from the Anglo-American axis to the Bengal delta; his affiliation with CIAM (Congrès Internationaux d’Architecture Moderne); and currents within his philosophy of architecture.

Timothy M. Rohan is associate professor of architecture at the University of Massachusetts, Amherst.
Loading...
or support indie stores by buying on
(This book is on backorder)