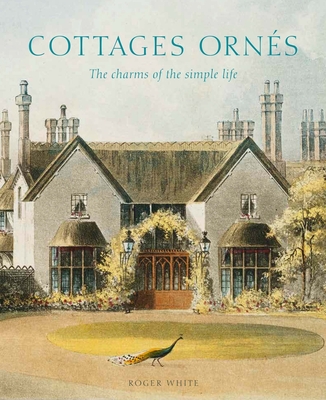 The Charms of the Simple Life

Tracing the history of cottages ornés (ornamental cottages), this copiously illustrated volume offers an engaging survey of an often-overlooked architectural genre. An invention of mid-18th-century England, these cottages were designed to facilitate a more informal way of living and were built in different guises that range from royal and imperial cottages to the working-class lodges that still dot the English countryside. Analyzing cottage designs by some of the leading architects of late-Georgian England—including Robert Adam, John Soane, and John Nash—Roger White explores the aesthetic values that made the form so appealing. As he follows the development of cottages ornés from the Celtic fringes to the Continent and the British colonies, White reveals the significant impact of the genre on social, cultural, and political history and examines the influence of cottage design on the architectural developments of the Victorian period and even the 20th century.

Roger White is an architectural historian specializing in the Georgian period.
Loading...
or
Not Currently Available for Direct Purchase