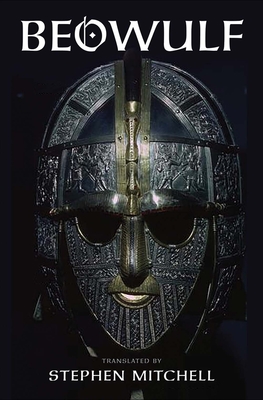 Beowulf tells the story of a Scandinavian hero who defeats three evil creatures—a huge, cannibalistic ogre named Grendel, Grendel’s monstrous mother, and a dragon—and then dies, mortally wounded during his last encounter. If the definition of a superhero is “someone who uses his special powers to fight evil,” then Beowulf is our first English superhero story, and arguably our best. It is also a deeply pious poem, so bold in its reverence for a virtuous pagan past that it teeters on the edge of heresy. From beginning to end, we feel we are in the hands of a master storyteller.

Stephen Mitchell’s marvelously clear and vivid rendering re-creates the robust masculine music of the original. It both hews closely to the meaning of the Old English and captures its wild energy and vitality, not just as a deep “work of literature” but also as a rousing entertainment that can still stir our feelings and rivet our attention today, after more than a thousand years. This new translation—spare, sinuous, vigorous in its narration, and translucent in its poetry—makes a masterpiece accessible to everyone.

“Mitchell aims to find for Beowulf a ‘contemporary language that seems natural and alive’, and he does this well… His rendering of Beowulf has much to offer —narrative momentum, clarity, a sense of the poem’s heroic verve, and a contemporary slant.”—Susan Irvine, Times Literary Supplement

“A most readable, energetic, and colorful translation of this savage epic. . . . An amazing achievement.”—Billy Collins

“Stephen Mitchell comes as close to fulfilling the translator’s task as anyone at work today. He admirably balances two imperatives: to maintain fidelity to the text while rendering it available to the English we speak today. Mitchell’s reader-friendly version of Beowulf honors the narrative and will extend the readership for this foundational work of English literature.”—David Lehman

“Mitchell’s version is eloquent and conveys a true sense of the original. In addition, his notes are a great enhancement.”—Harold Bloom

Stephen Mitchell’s many books include Tao Te Ching, which has sold over a million copies, The Gospel According to Jesus, Bhagavad Gita, The Book of Job, Gilgamesh, and The Iliad.
Loading...
or
Not Currently Available for Direct Purchase