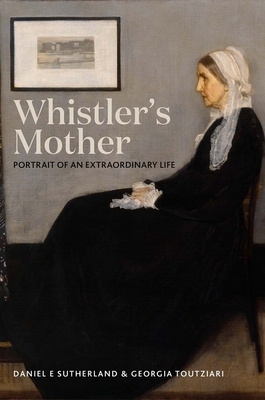 Portrait of an Extraordinary Life

Judged by the portrait Arrangement in Gray and Black No. 1 (1871), painted by her son James McNeill Whistler, Anna Whistler (1804–1881) appears to have been a pious, unassuming, domestic woman. This characterization, however, is far from the whole truth. Anna was born in the slaveholding South, raised principally in Brooklyn, New York, and resided for many years in both Russia and Great Britain, and her life was filled with adventure and excitement. The authors’ unprecedented use of her private diaries and correspondence results in a crisp biographical rendering that reveals a resilient, vibrant, bright, and deeply engaged woman. In her writings, Anna made shrewd observations about the social, cultural, artistic, and political issues of her era, which was one of enormous and near-constant change. She knew and interacted with an astonishing array of people, from Russian peasants and American farmers to Robert E. Lee and Giuseppe Mazzini. She also raised one of the finest artists of the nineteenth century. As her son made his way in the art world, Anna became his unofficial agent, promoting his work, managing his finances, and advising him on the best opportunities for success. That he, in turn, should immortalize her as a global celebrity and international icon of motherhood was only appropriate.


Praise For Whistler's Mother: Portrait of an Extraordinary Life…

Long listed for the Historians of British Art Book Prize

Daniel E. Sutherland is distinguished professor of history, University of Arkansas. Georgia Toutziari is an independent art historian in London.