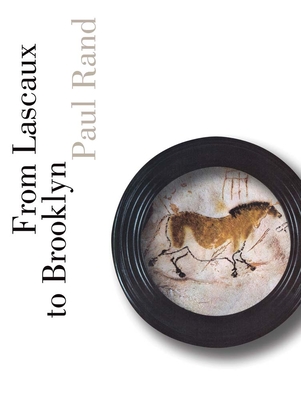 From Lascaux to Brooklyn

“An instructive trip through the mind of one of America’s great designers.” —Communication Arts (1996)

Hailed upon its publication as “discriminating, erudite, and eclectic,” From Lascaux to Brooklyn is now available to readers once again. First published in 1996, the year of Paul Rand’s death, the volume embarks on a wonderful journey from the time before graphic design to the author’s own studio work and beyond. An excellent companion to Rand’s Design, Form, and Chaos, this influential book awakens readers to the lessons of the cave paintings of Lascaux and demonstrates how this learning is later conveyed in artworks ranging from the Tower of Pisa to a Cézanne painting, an African sculpture, or a park in Brooklyn. Topics discussed include the relationship between art and business, the presentation of design concepts to prospective clients, the debate over typographic style, and the aesthetics of combinatorial geometry. This book engages and enlightens anyone interested in the practice or theory of graphic design.


Praise For From Lascaux to Brooklyn…

“Paul Rand was driven by a compulsion to play. He called it the Play Principle. It meant investing his work with wit and humor—and intuition. From Lascaux to Brooklyn, his last book, reveals in the title alone a sense of the absurd that made his otherwise logical work come alive.”—Steven Heller, author of Paul Rand

“Paul Rand observes the world from a perspective at once microscopic and vast, reminding us that to be modern means to look backward as well as forward, inside as well as out. As astonishing today as when it was first published, this book reminds us that design has the capacity to engage, enlighten—and endure.”—Jessica Helfand, Yale University

“As a practitioner myself for sixty years in the graphic design profession, I can honestly say that I have never observed anyone who so successfully designed as Paul Rand, over and over again.”—Ivan Chermayeff

Paul Rand (1914–1996) was one of the luminaries of postwar American graphic design. He taught for more than 30 years at Yale University and was recognized for his iconic corporate logo designs, including those for IBM, ABC, and UPS.
Loading...
or
Not Currently Available for Direct Purchase