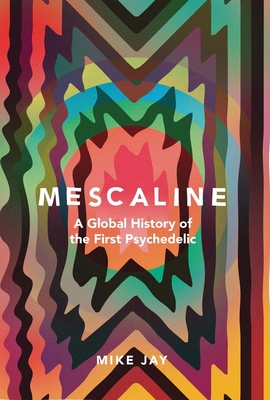 Mescaline became a popular sensation in the mid-twentieth century through Aldous Huxley’s The Doors of Perception, after which the word “psychedelic” was coined to describe it. Its story, however, extends deep into prehistory: the earliest Andean cultures depicted mescaline-containing cacti in their temples.

Mescaline was isolated in 1897 from the peyote cactus, first encountered by Europeans during the Spanish conquest of Mexico. During the twentieth century it was used by psychologists investigating the secrets of consciousness, spiritual seekers from Aleister Crowley to the president of the Church of Jesus Christ of Latter-day Saints, artists exploring the creative process, and psychiatrists looking to cure schizophrenia. Meanwhile peyote played a vital role in preserving and shaping Native American identity. Drawing on botany, pharmacology, ethnography, and the mind sciences and examining the mescaline experiences of figures from William James to Walter Benjamin to Hunter S. Thompson, this is an enthralling narrative of mescaline’s many lives.

Praise For Mescaline: A Global History of the First Psychedelic…

“Jay deftly sets down the cultural and scientific history of mescaline in its heyday: a curious chronicle that deserves not to be forgotten.”—Alison Abbott, Nature

“A thoroughly researched book . . . Through it, Jay traces artistic and philosophical movements, and legal and civic shifts; we see the development of America’s pharmaceutical industry and the USA’s history of state violence against Native Americans.”—Katherine Waters, TheArtsDesk.com

"This is a terrific account of mescaline, the first psychedelic. Mike Jay has nailed it."—Michael Pollan, author of How to Change Your Mind

"Mike Jay is the Neil Armstrong of today's psychonauts. In Mescaline an incredible amount of scholarly and personal research is beautifully presented and ordered in a sensible chronology that really works to channel potentially disruptive and mad matter into a fascinating cultural history.  I just Ioved the last chapter which brought everything back to its proper place in a careful Native American ritual. It made the most emotionally satisfying ending to an extraordinary trip..." —Nicholas Rankin, author of Telegram from Guernica

'Mike Jay is one of the most wise, well-informed, clever and funny voices on drugs in the world. Everyone should read everything he writes - it is consistently brilliant'—Johann Hari, author of Chasing the Scream and Lost Connections

Mike Jay has written extensively on scientific and medical history. His books on the history of drugs include High Society: Mind-Altering Drugs in History and Culture and The Atmosphere of Heaven
Loading...
or support indie stores by buying on
(This book is on backorder)