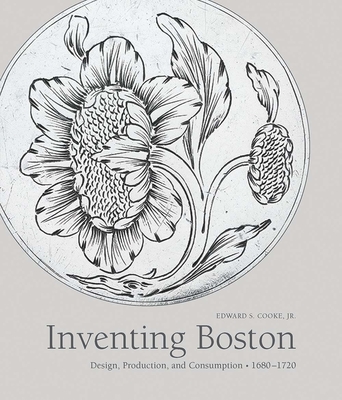 Design, Production, and Consumption, 1680–1720 (The Paul Mellon Centre for Studies in British Art)

During the late 17th and early 18th centuries, Boston was both a colonial capital and the third most important port in the British empire, trailing only London and Bristol. Boston was also an independent entity that pursued its own interests and articulated its own identity while selectively appropriating British culture and fashion. This revelatory book examines period dwellings, gravestones, furniture, textiles, ceramics, and silver, revealing through material culture how the inhabitants of Boston were colonial, provincial, metropolitan, and global, all at the same time. Edward S. Cooke, Jr.’s detailed account of materials and furnishing practices demonstrates that Bostonians actively filtered ideas and goods from a variety of sources, combined them with local materials and preferences, and constructed a distinct sense of local identity, a process of hybridization that, the author argues, exhibited a conscious desire to shape a culture as a means to resist a distant, dominant power.

Edward S. Cooke, Jr. is the Charles F. Montgomery Professor of the History of Art at Yale University.

“Revelatory . . . It will be viewed for years to come as an invaluable addition to the library of scholarship on Boston’s material culture.”—Antiques and the Arts Weekly