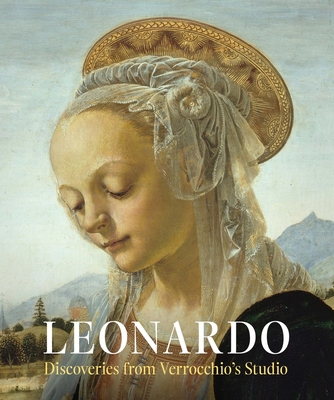 This groundbreaking reexamination of the beginnings of Leonardo da Vinci’s (1452–1519) life as an artist suggests new candidates for his earliest surviving work and revises our understanding of his role in the studio of his teacher, Andrea del Verrocchio (1435–1488). Anchoring this analysis are important yet often overlooked considerations about Verrocchio’s studio—specifically, the collaborative nature of most works that emerged from it and the probability that Leonardo must initially have learned to paint in tempera, as his teacher did. The book searches for the young artist’s hand among the tempera works from Verrocchio’s studio and proposes new criteria for judging Verrocchio’s own painting style. Several paintings are identified here as likely the work of Leonardo, and others long considered works by Verrocchio or his assistant Lorenzo di Credi (1457/59–1536) may now be seen as collaborations with Leonardo sometime before his departure from Florence in 1482/83. In addition to Laurence Kanter’s detailed arguments, the book features three essays presenting recent scientific analysis and imaging that support the new attributions of paintings, or parts of paintings, to Leonardo.

“For all art lovers, this book reveals inner workings of del Verrocchio’s studio and Leonardo’s significant contributions to it . . . [and] facets of Leonardo’s life and art rarely if ever considered.”—Anne Kugielsky, Antiques and the Arts Weekly

Laurence Kanter is chief curator and the Lionel Goldfrank III Curator of European Art at the Yale University Art Gallery. Bruno Mottin is senior curator in charge of the Technical Studies of Paintings at the Centre de Recherche et de Restauration des Musées de France (C2RMF), in Paris.
Rita Piccione Albertson is chief conservator at the Worcester Art Museum, in Massachusetts.
Loading...
or
Not Currently Available for Direct Purchase