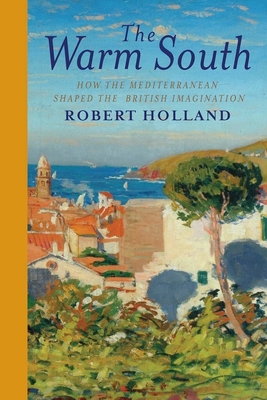 How the Mediterranean Shaped the British Imagination

An evocative exploration of the impact of the Mediterranean on British culture, ranging from the mid-eighteenth century to today

Ever since the age of the Grand Tour in the eighteenth century, the Mediterranean has had a significant pull for Britons—including many painters and poets—who sought from it the inspiration, beauty, and fulfillment that evaded them at home. Referred to as “Magick Land” by one traveler, dreams about the Mediterranean, and responses to it, went on to shape the culture of a nation.

Written by one of the world’s leading historians of the Mediterranean, this book charts how a new sensibility arose from British engagement with the Mediterranean, ancient and modern. Ranging from Byron’s poetry to Damien Hirst’s installations, Robert Holland shows that while idealized visions and aspirations often met with disillusionment and frustration, the Mediterranean also offered a notably insular society the chance to enrich itself through an imagined world of color, carnival, and sensual self-discovery.

Praise For The Warm South: How the Mediterranean Shaped the British Imagination…

“‘The Warm South’ is both authoritative and entertaining and offers a much-needed antidote to the din of the Brexit debate. Here is the long view, across three centuries, of a cultural exchange that is rich, complex and tenacious.”—Charles Nicholl, Wall Street Journal

“Holland is a sensitive, prodigiously informed guide. . . this is a book so crammed with interest that when you finish it you feel like starting all over again to make sure you haven’t missed anything.”—John Carey, The Times

"Marvellous, transporting cultural history... If in the last year you have read Elena Ferrante, ordered an Aperol spritz and watched Mamma Mia 2, then you too have been lured by the siren song of the warm south...A rare book that makes you wish for more." – Laura Freeman, The Times

"Enjoyable...As this sweeping survey shows,  Britain  has for centuries emulated, envied, denigrated and defined itself in opposition to its southern cousins."—Suzi Feay, Financial Times

“An engagingly written and endlessly fascinating book. Holland is a deeply erudite guide who has created an exhaustive, but not exhausting, catalog of seemingly every Briton who dreamed of, traveled to, wrote about, studied, or produced anything to do with the Mediterranean. . . . A wonderful book that makes an important contribution to our understanding of elite British culture in the modern era.”— Eric R. Dursteler, Victorian Studies

"‘In The Warm South, Robert Holland draws on a huge range of literature, art, memoir and biography to capture with extraordinary precision the often contradictory influences of the Mediterranean on British cultural, public and private life. Written with style and wit, and alive with sharply drawn personalities, it engages the reader irresistibly."— John Darwin, author of After Tamerlane: A Global History of Empire

"Scholarly and accessible, The Warm South is an absorbing exploration of where the heat, light and history of the Mediterranean have taken the British imagination, through dreams of excess and salvation."—Jason Goodwin, author of Lords of the Horizons: A History of the Ottoman Empire

"The Warm South is an ambitious work – and Holland is undoubtedly the scholar who can pull it off."—Rosemary Ashton, author of One Hot Summer: Dickens, Darwin, Disraeli, and the Great Stink of 1858

Robert Holland is one of the world’s leading historians of the Mediterranean. He is visiting professor at the Centre for Hellenic Studies at King’s College London.
Loading...
or
Not Currently Available for Direct Purchase