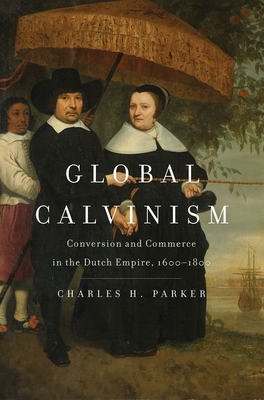 “A tour de force offering the reader the best study of global Calvinism in the realms of the Dutch East India Company.”—Ronnie Po-Chia Hsia, editor, Calvinism and Religious Toleration in the Dutch Golden Age

Calvinism went global in the seventeenth and eighteenth centuries, as close to a thousand Dutch Reformed ministers, along with hundreds of lay chaplains, attached themselves to the Dutch East India and West India companies. Across Asia, Africa, and the Americas where the trading companies set up operation, Dutch ministers sought to convert “pagans,” “Moors,” Jews, and Catholics and to spread the cultural influence of Protestant Christianity. As Dutch ministers labored under the auspices of the trading companies, the missionary project coalesced, sometimes grudgingly but often readily, with empire building and mercantile capitalism. Simultaneously, Calvinism became entangled with societies around the world as encounters with indigenous societies shaped the development of European religious and intellectual history. Though historians have traditionally treated the Protestant and European expansion as unrelated developments, the global reach of Dutch Calvinism offers a unique opportunity to understand the intermingling of a Protestant faith, commerce, and empire.

Charles H. Parker is professor of history at Saint Louis University. He is the author of Global Interactions in the Early Modern Age, 1400–1800 and Faith on the Margins: Catholics and Catholicism in the Dutch Golden Age.
Loading...
or
Not Currently Available for Direct Purchase