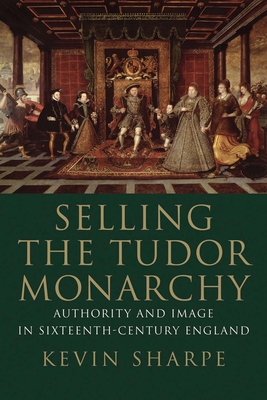 Authority and Image in Sixteenth-Century England

The management of image in the service of power is a familiar tool of twenty-first- century politics. Yet as long ago as the sixteenth century, British monarchs deployed what we might now describe as “spin.” In this book a leading historian reveals how Tudor kings and queens sought to enhance their authority by presenting themselves to best advantage. Kevin Sharpe offers the first full analysis of the verbal and visual representations of Tudor power, embracing disciplines as diverse as art history, literary studies, and the history of consumption and material culture.

The author finds that those rulers who maintained the delicate balance between mystification and popularization in the art of royal representation—notably Henry VIII and Elizabeth I—enjoyed the longest reigns and often the widest support. But by the end of the sixteenth century, the perception of royalty shifted, becoming less sacred and more familiar and leaving Stuart successors to the crown to deal with a difficult legacy.

Kevin Sharpe is professor of Renaissance studies and director of the Centre for Renaissance and Early Modern Studies, Queen Mary, University of London. He is author of The Personal Rule of Charles I and Reading Revolutions, both published by Yale University Press.