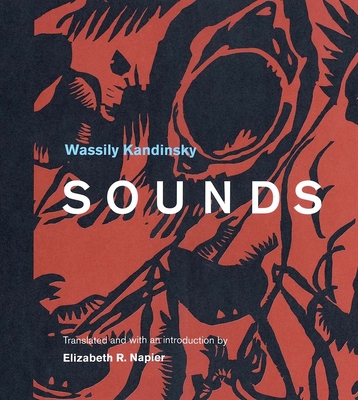 Wassily Kandinsky (1866–1944) was a Russian pioneer of abstract painting whose work has influenced generations of artists. His Sounds (Klänge) of 1912 is one of the earliest, most beautiful examples of a 20th-century artist’s book. Its “sound poems” are alternately narrative and expressive, witty and simple in form. They treat questions of space, color, physical design, and the act of seeing in a world that offers multiple and often contradictory possibilities. The woodcut illustrations that accompany the poems range from representational designs to abstract vignettes. In its fusion of image and word, Sounds epitomizes the artist’s move toward abstraction and his aspiration to a synthesis of the arts. This updated edition of Sounds includes all of the book’s poems in English and German and its woodcuts, twelve of which appear in color for greater fidelity to the original. The translator’s introduction offers close formal examination of the poems and situates Sounds in the context of Kandinsky’s oeuvre. Although it was prized by prominent 20th-century artists, Sounds is one of the least known of Kandinsky’s major writings, and this remains the most authoritative English version.

“I remember buying a copy of Sounds when it was first published in English, and the thrill of discovering this work, page by page. Kandinsky’s synthesis of abstraction and representation, of sound and meaning, remains an exciting challenge for artists and poets today. Sounds is unlike any other book.  It belongs on the bookshelf of anyone interested in abstract art, poetry, and the unpredictable cavorting of the two.”—John Yau, author of Bijoux in the Dark

“Possibly the most beautiful, innovative, and influential artist’s book of the twentieth century. A landmark that synthesizes Kandinsky’s pioneering abstractions with his radical sound poems and experimental typography.”—Starr Figura, The Museum of Modern Art, New York

Wassily Kandinsky was a Russian painter and art theorist, author of Concerning the Spiritual in Art (1912) and Point to Line and Plane (1926). Elizabeth R. Napier is professor of English and American literatures at Middlebury College. Her literary translations include Selected Poems and Related Prose by F. T. Marinetti (co-translated with Barbara R. Studholme, Yale, 2002).