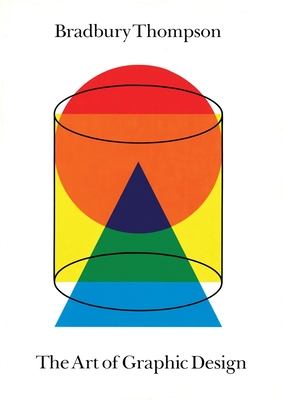 The Art of Graphic Design

Bradbury Thompson (1911–1995) remains one of the most admired and influential graphic designers of the twentieth century, having trained a generation of design students while on the faculty of the Yale School of Art for more than thirty years. The art director of Mademoiselle and design director of Art News and Art News Annual in the decades after World War II, Thompson was also a distinguished designer of limited-edition books, postage stamps, rationalized alphabets, corporate identification programs, trademarks, and sacred works (most notably the Washburn College Bible). Thompson also designed more than sixty issues of Westvaco Inspirations, a magazine that was published by the Westvaco Corporation and distributed to thousands of printers, designers, and teachers to show the range and versatility of printing papers. Thompson was especially revered for his ability to adapt classic typography for the modern world.

Bradbury Thompson: The Art of Graphic Design is a landmark in the history of fine bookmaking. First published by Yale University Press in 1988 and designed by Thompson himself, it was praised by the New York Times as a book in which “art and design are gloriously and daringly mixed.” Original texts by the author and other notable designers, critics, and art historians, including J. Carter Brown, Alvin Eisenman, and Steven Heller, explore Thompson’s methods and design philosophy, and a newly commissioned afterword by Jessica Helfand attests to the enduring importance of his work. Both a retrospective and a manifesto, the book surveys Thompson’s timeless contributions to American graphic design, including his experimental work and his work in magazines, typography, books, simplified alphabets, and contemporary postage stamps. Published for the first time in paperback, this classic text is now available for a new generation of designers and students.

Bradbury Thompson served on the faculty of the Yale School of Art for over thirty years and received widespread recognition for his influential designs for books, magazines, and postage stamps. He was honored with all of the highest awards in his profession, including those of the American Institute of Graphic Arts, the National Society of Art Directors, the Art Directors Club, the Type Directors Club, and the Society of Publication Designers. Jessica Helfand is senior critic in graphic design at the Yale School of Art and author of Design: The Invention of Desire (Yale).