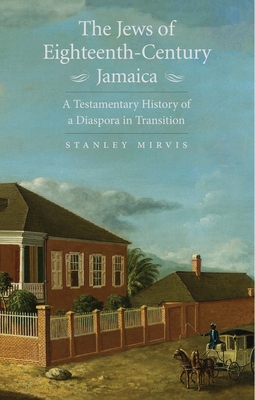 The Jews of Eighteenth-Century Jamaica

A Testamentary History of a Diaspora in Transition

Based on last wills and testaments composed by Jamaican Jews between 1673 and 1815, this book explores the social and familial experiences of one of the most critical yet understudied nodes of the Atlantic Portuguese Jewish Diaspora. Stanley Mirvis examines how Jamaica’s Jews put down roots as traders, planters, pen keepers, physicians, fishermen, and metalworkers, and reveals how their presence shaped the colony as much as settlement in the tropical West Indies transformed the lives of the island’s Jews.


Praise For The Jews of Eighteenth-Century Jamaica: A Testamentary History of a Diaspora in Transition…

“Jewish society in colonial Jamaica, with all the political, ethnic, social, and cultural problems that troubled it, comes to vivid life in Mirvis’s study, which is one of the best ever written about the Jews in the colonial period.”—Yosef Kaplan, The Hebrew University of Jerusalem

“A skilled, engaging and readable study, leaping boldly beyond its seemingly thin documentary basis of last wills and testaments. While attending innovatively to domestic life, Mirvis admirably situates this largest colonial English Jewish community amid its transatlantic context: the Portuguese Jewish diaspora, the city of Bayonne, which supplied much of its population, cross-empire commerce, Enlightenment influences, tropical Caribbean exigencies, and the slave system.”—Jonathan Schorsch, Universität Potsdam

Stanley Mirvis is an assistant professor of history in the School of Historical, Philosophical, and Religious Studies, and the Harold Jean Grossman Chair of Jewish Studies, at Arizona State University.
Loading...
or
Not Currently Available for Direct Purchase