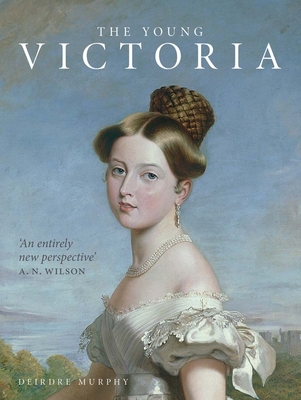 A vivid portrait of Queen Victoria’s childhood, offering new insights into one of the most celebrated, but often misunderstood, monarchs in British history, 200 years after her birth

This beautiful, extensively researched volume investigates the birth and early life of one of the most familiar British monarchs, Queen Victoria (1819–1901). A wealth of material, including many unexamined sources and unpublished images, sheds new light on Victoria’s youth. Included here are portraits of the queen as princess, childhood diaries and sketchbooks, clothing, jewelery, and correspondence.

Deirdre Murphy paints a vivid picture of Victoria’s early years. Among her most surprising conclusions is the idea that the queen’s personal mythology of a childhood characterized by sadness and isolation is less accurate than is generally thought. Victoria’s personal relationships are brought brilliantly to life, from her affectionate but increasingly suffocating bond with her mother, the Duchess of Kent, to the controlling influence of Sir John Conroy, a man she came to despise, and her courtship with Prince Albert. Lesser-known figures are also explored, including Victoria’s first schoolmaster the Reverend George Davys, her governess Louise Lehzen, and her half-sister Feodora. This fascinating cast of characters enhances our image of Victoria, who emerges as both willful and submissive, fickle and affectionate, and with the explosive temper of her Hanoverian ancestors.

The late Deirdre Murphy was senior curator at Historic Royal Palaces, curator of Victoria Revealed at Kensington Palace, and chairman of the Costume Society of Great Britain.
Loading...
or
Not Currently Available for Direct Purchase