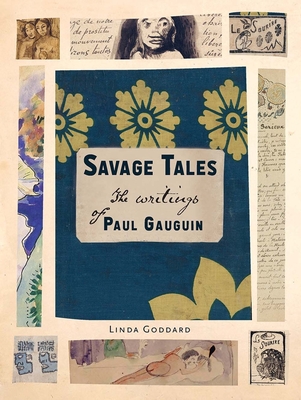 The Writings of Paul Gauguin

An original study of Gauguin’s writings, unfolding their central role in his artistic practice and negotiation of colonial identity

As a French artist who lived in Polynesia, Paul Gauguin (1848–1903) occupies a crucial position in histories of European primitivism. This is the first book devoted to his wide-ranging literary output, which included journalism, travel writing, art criticism, and essays on aesthetics, religion, and politics. It analyzes his original manuscripts, some of which are richly illustrated, reinstating them as an integral component of his art. The seemingly haphazard, collage-like structure of Gauguin’s manuscripts enabled him to evoke the “primitive” culture that he celebrated, while rejecting the style of establishment critics. Gauguin’s writing was also a strategy for articulating a position on the margins of both the colonial and the indigenous communities in Polynesia; he sought to protect Polynesian society from “civilization” but remained implicated in the imperialist culture that he denounced. This critical analysis of his writings significantly enriches our understanding of the complexities of artistic encounters in the French colonial context.


Praise For Savage Tales: The Writings of Paul Gauguin…

“Taken together, the writings [in Savage Tales] form an episodic account of a complex persona under construction.”—Holland Cotter, New York Times Book Review

“Goddard conveys Gauguin’s collage aesthetic and the brilliant symbiosis of word and image through beautiful reproductions of carefully selected album pages, and she demonstrates how this bricolage of motifs, and the process of appropriation, reiteration, fragmentation and repetition are aesthetic strategies shared by the artist’s visual and literary oeuvre.”—Mary Morton, The Art Newspaper

“Goddard is well-versed in the literature on Gauguin . . . [Savage Tales] is lavishly illustrated, and the visual and verbal components complement each other . . . Godard has done the reader a real service.”—Nicholas Delbanco, New York Journal of Books

“[Savage Tales] analyzes [Gauguin’s] original manuscripts, some of which are richly illustrated, reinstating them as an integral component of his art . . . This book will appeal to both the serious academic and the more casual aficionado of Gauguin’s works.”—Antiques and the Arts Weekly

Linda Goddard is senior lecturer in art history at the University of St. Andrews.
Loading...
or
Not Currently Available for Direct Purchase