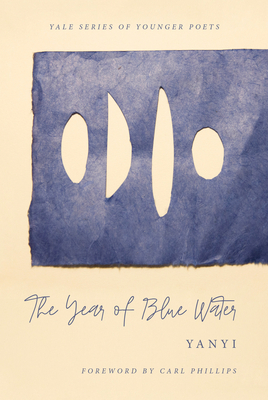 “Weaves together descriptions of experiences of immigration as a Chinese-American and of racism, mental wellness, and gender from a queer and trans perspective.”—Publishers Weekly

“I love the rigorous self-intimacy that allows Yanyi such wisdoms as: 'If there’s a thing I want to teach me, it’s how I live my light.' This book carries, and shares, that light.”—Ross Gay

Yanyi is a poet and critic who has received fellowships from the Asian American Writers' Workshop, Poets House, and the Millay Colony for the Arts. He formerly served as curatorial assistant at The Poetry Project and is associate editor at Foundry. He is also the author of Dream of the Divided Field.
Loading...
or support indie stores by buying on