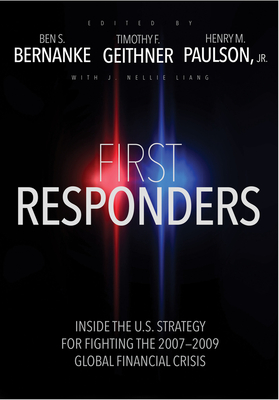 Inside the U.S. Strategy for Fighting the 2007-2009 Global Financial Crisis

An insider’s view of the U.S. government’s response to the 2007–2009 global financial crisis, as recounted by the people who made the key decisions

In 2008, the world’s financial system stood on the brink of disaster. The United States faced an unprecedented crisis when the investment bank Lehman Brothers collapsed, setting off a global panic. Faced with the prospect of a new Great Depression, the Treasury Department, the Federal Reserve, the Federal Deposit Insurance Corporation, and other agencies took extraordinary measures to contain the damage and steady the financial system and the economy.

Edited by three of the policymakers who led the government’s response to the crisis, with chapters written by the teams tasked with finding policy solutions, this book provides a comprehensive accounting of the internal debates and controversies surrounding the measures that were taken to stabilize the financial system and the economy. Offering previously untold insight into the key choices (including rejected options) and a frank evaluation of successes and failures, this volume is both an important historical document and an indispensable guide for confronting future financial calamities.

Praise For First Responders: Inside the U.S. Strategy for Fighting the 2007-2009 Global Financial Crisis…

“First Responders is an invaluable review of lessons learned from the front lines of the financial crisis, and a heartening story of dedicated public servants from both parties working together towards a common goal.”—Jeremy Stein, Harvard University
"First Responders contains the stories of the heroic leaders who extinguished the financial firestorm of 2008. The accounts of their experience will be invaluable in fighting future crashes, and in preventing their occurrence."—Janet Yellen, former chair of the Federal Reserve

"Much has been written about the financial crisis, but this book’s compendium of first-person accounts is uniquely valuable. Keep it on your bookshelf. You’ll refer to it frequently."—Alan S. Blinder, author of Advice and Dissent: Why America Suffers When Economics and Politics Collide

"When the next crisis hits, this is the book to which everyone will turn as the playbook for how to respond."—Mervyn King, former Governor of the Bank of England