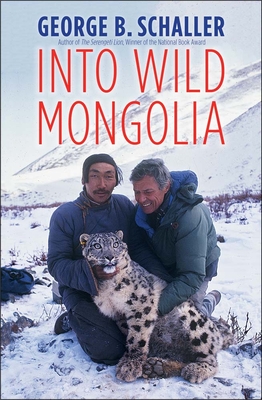 Mongolia became a satellite of the Soviet Union in the mid-1920s, and for nearly seven decades effectively closed its doors to the outside world. Biologist George Schaller initially visited the country in 1989 and was one of the first Western scientists allowed to study and assess the conservation status of Mongolia’s many unique, native wildlife species. Schaller made a number of trips from 1989 to 2018 in collaboration with Mongolian and American scientists, witnessing Mongolia’s recovery and transition to a market economy after the collapse of the Soviet Union.

This informative and fascinating new book provides a firsthand account of Schaller’s time in this little-known and remote country, where he studied and helped develop conservation initiatives for the snow leopard, Gobi bear, wild camel, and Mongolian gazelle, among other species. Featuring magnificent photographs from his travels, the book offers a critical, at times inspiring contribution for those who treasure wildlife, as well as a fresh perspective on the natural beauty of the region, which encompasses steppes, mountains, and the Gobi Desert.

George B. Schaller is a field biologist who is considered one of the founders of contemporary wildlife conservation, known for his research on tigers, mountain gorillas, and giant pandas. He is a senior conservationist with the Wildlife Conservation Society, and the author of more than a dozen books, including the National Book Award winner The Serengeti Lion.
Loading...
or
Not Currently Available for Direct Purchase