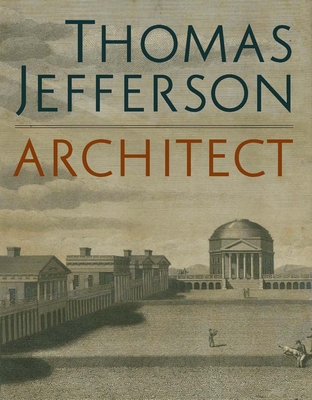 Palladian Models, Democratic Principles, and the Conflict of Ideals

A compelling reassessment of Thomas Jefferson’s architecture that scrutinizes the complex, and sometimes contradictory, meanings of his iconic work

Renowned as a politician and statesman, Thomas Jefferson (1743–1826) was also one of the premier architects of the early United States. Adept at reworking Renaissance—particularly Palladian—and Enlightenment ideals to the needs of the new republic, Jefferson completed visionary building projects such as his two homes, Monticello and Poplar Forest; the Capitol building in Richmond; and the University of Virginia campus. Featuring a wealth of archival images, including models, paintings, drawings, and prints, this volume presents compelling essays that engage broad themes of history, ethics, philosophy, classicism, neoclassicism, and social sciences while investigating various aspects of Jefferson’s works, design principles, and complex character.

In addition to a thorough introduction to Jefferson’s career as an architect, the book provides insight into his sources of inspiration and a nuanced take on the contradictions between his ideas about liberty and his embrace of slavery, most poignantly reflected in his plan for the academical village at the University of Virginia, which was carefully designed to keep enslaved workers both invisible and accessible. Thomas Jefferson, Architect offers fresh perspectives on Jefferson’s architectural legacy, which has shaped the political and social landscape of the nation and influenced countless American architects since his time.

Lloyd DeWitt is the chief curator and Irene Leache Curator of European Art. Corey Piper is Brock Curator of American Art, both at the Chrysler Museum of Art.

“A new perspective, highlighting the neoclassical influences on the contention between Jefferson’s ideology of liberty and property.”—Kate Mazade, The Architect’s Newspaper
“An outstanding survey of Jefferson’s work.”—CHOICE