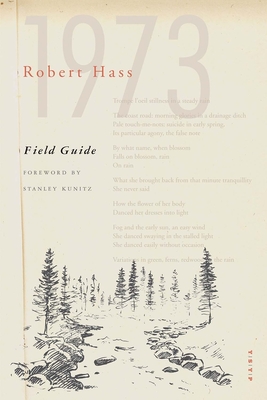 The first collection of poems by Robert Hass, one of contemporary American poetry’s most celebrated and widely read voices, and the 68th volume of the Yale Series of Younger Poets

The winning volume in the 1972 Yale Series of Younger Poets competition is a collection of richly anecdotal, lyric poems. Robert Hass writes about the California coast, about birds, fish, books, friends, present sensations, and the impingements of the past upon the present. Running through the book is a core of love poems, mainly domestic, which muse on the natural order that the affections try to establish even within the wilderness of history and political violence.

Robert Hass is a professor of English at the University of California at Berkeley and former poet laureate of the United States. An award‑winning author, his other books of poetry include Time and Materials, SunUnder Wood, and Praise. His books of essays include Twentieth Century Pleasures: Prose on Poetry.

Included in the Notable Books List for 1973 from the American Library Association
"Usually the first book of a poet is just a groping for his identity and means of expression. Robert Hass should consider himself lucky, for his first volume set the tome and basic subjects of his consequent oeuvre. In Field Guide he is already what he was to become: a major poet endowed with an infallible ear for a line of verse, a master of sensuous and realistic images of California and our mores in this century."—Czeslaw Milosz