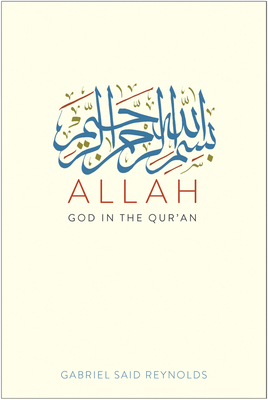 God in the Qur’an

The central figure of the Qur’an is not Muhammad but Allah. The Qur’an, Islam’s sacred scripture, is marked above all by its call to worship Allah, and Allah alone. Yet who is the God of the Qur’an? What distinguishes the qur’anic presentation of God from that of the Bible?

In this illuminating study, Gabriel Said Reynolds depicts a god of both mercy and vengeance, one who transcends simple classification. He is personal and mysterious; no limits can be placed on his mercy. Remarkably, the Qur’an is open to God’s salvation of both sinners and unbelievers. At the same time, Allah can lead humans astray, so all are called to a disposition of piety and fear. Allah, in other words, is a dynamic and personal God. This eye-opening book provides a unique portrait of the God of the Qur’an.

Gabriel Said Reynolds is professor of Islamic studies and theology at Notre Dame and the author of The Qur'an and the Bible. He lives in Granger, IN.

Praise For Allah: God in the Qur’an…

“[An] astute analysis . . . Reynolds expounds deeply upon the nature of Allah . . . With lucid prose and impressive erudition, Reynolds provides a distinctive approach for reading scripture, organized around a literary investigation of a central question . . . [A] capable, fresh work of history and theology.”—Publishers Weekly
"An objective and nuanced portrayal of Allah. Understanding His seemingly paradoxical attributes is crucial to mapping out the powerful religious energy Islam has introduced into human history.”—Mustafa Akyol, author of The Islamic Jesus
"A masterful examination of the Qur'anic conception of God--Allah--with illuminating comparisons to the Hebrew Bible and the Gospels, and rich insights into many aspects of the Islamic tradition as it deals with the Qur'an."—Fred M. Donner, author of Muhammad and the Believers
“In this groundbreaking and thoughtful reflection on Allah, Gabriel Reynolds's masterful examination of the Qur'an, Bible, and medieval sources is delivered in plain English. His references to contemporary debates on the mercy and wrath of God make this book an informative and exciting read.”—Emran El-Badawi, University of Houston
“Skillfully unraveling the literary and theological threads that bind the Qur’an to the Bible, Gabriel Reynolds has produced a well-written, insightful, and accessible introduction to major themes of Islamic religious thought. He shows how the Qur’anic God is not a different God but one who is differently depicted and understood.”—Jane McAuliffe, founding editor of the Encyclopaedia of the Qur'ān
“A book as brilliant as it is subtle: a study of the God revealed to the world by Muhammad which is simultaneously a close critical reading of a complex and contradictory character in a work of literature.”—Tom Holland, author of In the Shadow of the Sword