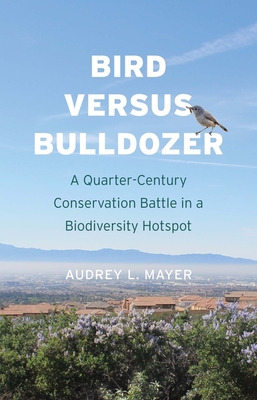 A Quarter-Century Conservation Battle in a Biodiversity Hotspot

An examination of the struggle to conserve biodiversity in urban regions, told through the story of the threatened coastal California gnatcatcher

The story of the threatened coastal California gnatcatcher is a parable for understanding the larger ongoing struggle to conserve biodiversity in regions confronted with intensifying urban development. Because this gnatcatcher depends on vanishing coastal sage scrub in Southern California, it has been regarded as a flagship species for biodiversity protection since the early 1990s. But the uncertainty of the gnatcatcher’s taxonomic classification—and whether it can be counted as a “listable unit” under the Endangered Species Act—has provoked contentious debate among activists, scientists, urban developers, and policy makers.

Synthesizing insights from ecology, environmental history, public policy analysis, and urban planning as she tracks these debates over the course of the past twenty-five years, Audrey L. Mayer presents an ultimately optimistic take on the importance of much-neglected regional conservation planning strategies to create sustainable urban landscapes that benefit humans and wildlife alike.

Praise For Bird versus Bulldozer: A Quarter-Century Conservation Battle in a Biodiversity Hotspot…

“In Audrey Mayer, the California gnatcatcher has found its brilliant biographer, who in Bird versus Bulldozer identifies the myriad ways this small bird has protected Southern California’s once-rich biodiversity.”—Char Miller, author of Not So Golden State: Sustainability vs. the California Dream

“Bird versus Bulldozer dives deep below simple headlines to reveal the complex, tragic, but ultimately hopeful story of the battle to save the California gnatcatcher and its ecosystem from extinction.”— Kierán Suckling, ­­­­­­­­­­­­­­­­Executive Director, Center for Biological Diversity


“Professor Mayer takes a deep dive into the science and policy of endangered species conservation, surfacing with a timeless and engaging read for all interested in birds, their shrinking habitats, and biodiversity in an increasingly urban world.”—John M. Marzluff, author of Welcome to Subirdia and In Search of Meadowlarks


"Bird versus Bulldozer is deeply relevant to anyone who is interested in preserving natural ecosystems threatened by development."--Robert A. Askins, author of Restoring North America's Birds


“Bird versus Bulldozer explores the case of the California gnatcatcher to tell a bigger story of the challenges we face on both the science and policy sides of conservation.”—Christopher A. Lepczyk, editor of Handbook of Citizen Science in Ecology and Conservation

Audrey L. Mayer is a professor of ecology and environmental policy in the College of Forest Resources and Environmental Science at Michigan Technological University. Her research focuses on the intersection of ecology and public policy.
Loading...
or
Not Currently Available for Direct Purchase