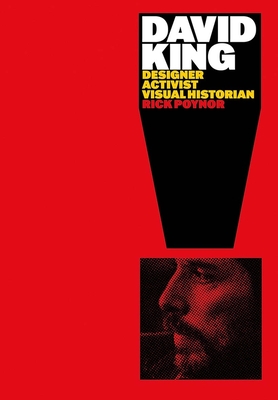 This book offers a comprehensive overview to the work and legacy of David King (1943–2016), whose fascinating career bridged journalism, graphic design, photography, and collecting. King launched his career at Britain’s Sunday Times Magazine in the 1960s, starting as a designer and later branching out into image-led journalism. He developed a particular interest in revolutionary Russia and began amassing a collection of graphic art and photographs—ultimately accumulating around 250,000 images that he shared with news outlets. Throughout his life, King blended political activism with his graphic design work, creating anti-Apartheid and anti-Nazi posters, covers for books on Communist history, album artwork for The Who and Jimi Hendrix, catalogues on Russian art and society for the Museum of Modern Art in Oxford, and typographic covers for the left-wing magazine City Limits. This well-researched and finely illustrated publication ties together King’s accomplishments as a visual historian, artist, journalist, and activist.

“A well-researched, sympathetic, and honest book on King’s life work . . . Welcome and recommended to both those familiar with King’s art and design and those coming to it for the first time.”—Kevin Reed and David Walsh, World Socialist Web Site

“An exceptional book in its informative text and well edited images (smartly designed by Simon Esterson), worthy of its protagonist and extra valuable to graphic design and political graphics history . . . Poynor has taken the opportunity to document King's life as a means to analyze how ideology impacts design and how design influences messaging in our increasingly branded world.”—Steven Heller, Print

“This book recaps [King’s] significant contributions in all three areas. It is a tribute to his breadth of interests and his unceasing devotion to social justice”— S. Skaggs, Choice

"A remarkable, stunning, and essential book, Rick Poynor’s rich volume was a revelation for me, as I imagine it will be for many readers."—Prem Krishnamurthy, curator, designer and director of Wkshps

“Rick Poynor explores the expansive nature of David King’s career through an appropriate combination of verbal and visual intelligence. His study is well researched, collaborative and cross-disciplinary.”—Tim Marlow, director of the Design Museum, London

“This is a long-needed study of a unique editorial voice, mapping David King’s development from passionate young designer to authoritative archivist.” Jeremy Leslie, founder of magCulture

"David King’s design is shocking, inspiring, original and always beautiful: a great example in these turbulent times of how to create work you believe in for subjects you care about."—Jonathan Barnbrook, designer and founder of Barnbrook

Rick Poynor is professor of design and visual culture at the University of Reading.
Loading...
or
Not Currently Available for Direct Purchase