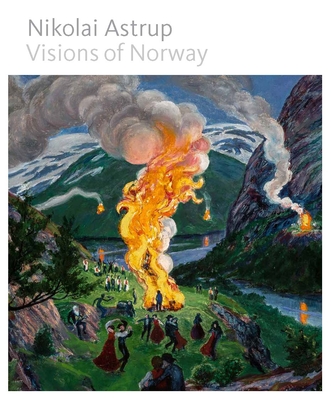 A compelling introduction to the life and artistic output of a trailblazing Norwegian painter, printmaker, and horticulturist

Nikolai Astrup (1880–1928) was a highly individual Norwegian Modernist artist known for intensely colored  paintings and woodcuts of his native landscape. Astrup received a formal art education in Kristiania (now Oslo), Germany, and Paris, but he later rebelled against certain aspects of his training, such as the traditional conventions of optical perspective. He rejected metropolitan cultural centers in favor of his rural childhood home in western Norway, where he produced a remarkable body of work. This volume brings Astrup’s life and work to a North American audience, situating him within the history and culture of Norway and late 19th- and early 20th-century art. Astrup’s horticultural achievements in the service of his art on the farm where he lived are also explored. The book’s beautiful illustrations highlight the intensity of Astrup’s palette, the innovative nature of his prints, and the magical realism of his landscapes steeped in folklore and local customs.

MaryAnne Stevens is a scholar and independent curator.
Loading...
or support indie stores by buying on