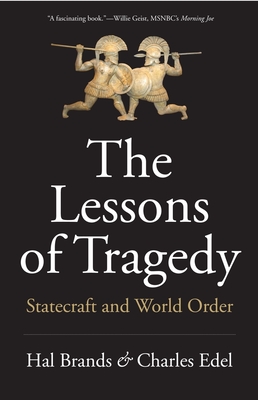 The Lessons of Tragedy

The ancient Greeks hard‑wired a tragic sensibility into their culture. By looking disaster squarely in the face, by understanding just how badly things could spiral out of control, they sought to create a communal sense of responsibility and courage—to spur citizens and their leaders to take the difficult actions necessary to avert such a fate. Today, after more than seventy years of great‑power peace and a quarter‑century of unrivaled global leadership, Americans have lost their sense of tragedy. They have forgotten that the descent into violence and war has been all too common throughout human history. This amnesia has become most pronounced just as Americans and the global order they created are coming under graver threat than at any time in decades.

In a forceful argument that brims with historical sensibility and policy insights, two distinguished historians argue that a tragic sensibility is necessary if America and its allies are to address the dangers that menace the international order today. Tragedy may be commonplace, Brands and Edel argue, but it is not inevitable—so long as we regain an appreciation of the world’s tragic nature before it is too late.

Praise For The Lessons of Tragedy: Statecraft and World Order…

“Literate and lucid—sure to interest to readers of Fukuyama, Huntington, and similar authors as well as students of modern realpolitik.”—Kirkus Reviews

“A book that should be read by all students and citizens concerned with the lessons of history. The deep insights in this book may not be absorbed or followed by American voters or even by many elected representatives. Nonetheless the alert citizen of the US and any concerned member of the human race will learn much from this learned and very readable treatise.”—Walter Clemens, The New York Journal of Books

"In this spare, almost mathematical primer, Hal Brands and Charles Edel deliver a rebuke to complacency and a defense of constructive pessimism in the service of America’s engagement with the world."—Robert D. Kaplan, author of The Return of Marco Polo’s World: War, Strategy, and American Interests in the Twenty-first Century

"Hal Brands and Charles Edel have written a crucial reminder that being so safe for so long has dulled our imagination of how dangerous and destructive the alternatives are to the ‘flawed masterpiece’ of post-World War II order the U.S. created. Read this to relish two fine minds expertly marshaling 5,000 years of western culture to motivate our communal resolve to preserve the liberal international order. What an education!"—Kori Schake, author of Safe Passage: The Transition from British to American Hegemony

"Brands and Edel show that the tragedy of international relations is not, as some would argue, that nations are doomed to war—but rather that war comes when leaders and the public fail to learn from the past how to preserve the peace. This is a compelling account of the dangers of “historical amnesia” at time when many question the need for sustained U.S. global leadership. The Lessons of Tragedy does more than warn of the dangers; it draws on the demonstrable achievements of past U.S. statecraft to chart a more hopeful course for the future."—James B. Steinberg, Professor at Syracuse University and former Deputy Secretary of State

“This powerful book by two of America's most brilliant historians and theorists of grand strategy writing at the top of their game provides a timely reminder that the history of international relations has been replete with catastrophes and costly disasters."—Eric Edelman, former Ambassador to Turkey, Finland and Under Secretary of Defense for Policy 2005-2009

“This compact, engaging, and evocative volume packs a sharp, lasting punch. Brands and Edel argue persuasively for a return to the “tragic sensibility” that spurred the creation of all previous international orders. Reading The Lessons of Tragedy would benefit politicians, national security professionals, and civilians alike—in the same way that the great theatrical tragedies benefited ancient Greek society. I cannot recommend it highly enough.”—Robert Work, 32nd United States Deputy Secretary of Defense

Hal Brands is the Henry Kissinger Distinguished Professor of Global Affairs in the Johns Hopkins School of Advanced International Studies and a scholar at the American Enterprise Institute. Charles Edel is a senior fellow at the United States Studies Centre at the University of Sydney and previously served on the U.S. secretary of state’s policy planning staff.
Loading...
or
Not Currently Available for Direct Purchase