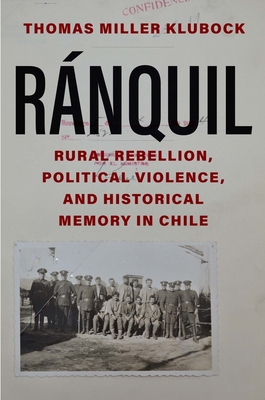 In 1934, peasants turned to revolution to overturn Chile’s oligarchic political order and the profound social inequalities in the Chilean countryside. The brutal military counterinsurgency that followed was one of the worst acts of state terror in Chile until the military dictatorship of Augusto Pinochet (1973–1990). Using untapped archival sources, award-winning scholar Thomas Miller Klubock exposes Chile’s long history of political violence and authoritarianism and chronicles peasants’ movements to build a more just and freer society. Klubock further explores how an amnesty law that erased both the rebellion and the military atrocities lay the foundation for the political stability that characterized Chile’s multi-party democracy. This historical amnesia or olvido, Klubock argues, was a precondition of national reconciliation and democratic rule, which endured until 1973, when conflict in the countryside ended once again with violent repression during the Pinochet dictatorship.

Thomas Miller Klubock is professor of history at the University of Virginia. He is the author of La Frontera: Forests and Ecological Conflict in Chile’s Frontier Territory and has won numerous awards, including a 2018 Guggenheim Fellowship.
Loading...
or support indie stores by buying on