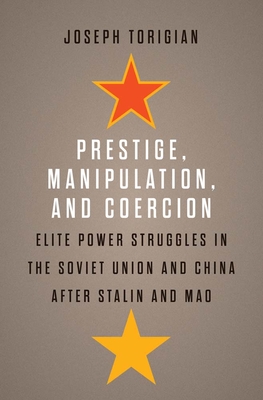 The political successions in the Soviet Union and China after Stalin and Mao, respectively, are often explained as triumphs of inner-party democracy, leading to a victory of “reformers” over “conservatives” or “radicals.” In traditional thinking, Leninist institutions provide competitors a mechanism for debating policy and making promises, stipulate rules for leadership selection, and prevent the military and secret police from playing a coercive role. Here, Joseph Torigian argues that the post–cult of personality power struggles in history’s two greatest Leninist regimes were instead shaped by the politics of personal prestige, historical antagonisms, backhanded political maneuvering, and substantial violence. Mining newly discovered material from Russia and China, Torigian challenges the established historiography and suggests a new way of thinking about the nature of power in authoritarian regimes.

Joseph Torigian is an assistant professor at the School of International Service at American University and a Global Fellow at the Woodrow Wilson Center’s History and Public Policy Program.
Loading...
or support indie stores by buying on